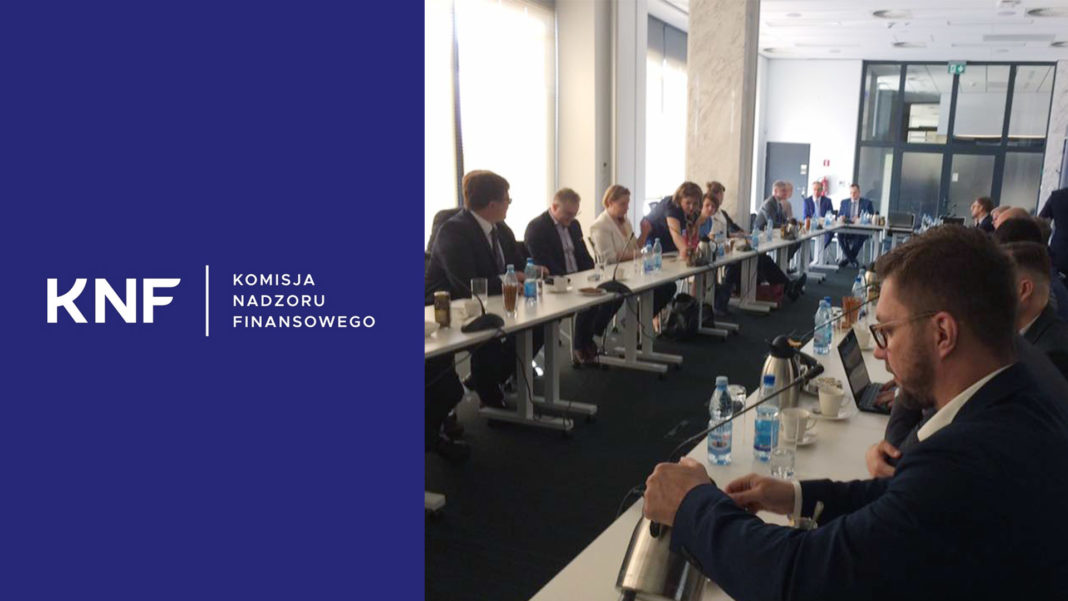 On Moday, July 4th, a meeting took place at the Financial Supervision Authnority (KNF) dealing with the further developments of the Polish Blockchain and Cryptocurrency group.

The coming together of this group at the same time as the KNF’s new campaign warning about crytpocurrency might be puzzling. Leading Polish businesses were invited to participate, as were other non-governmental organizations. The meeting was attended by the Polish Bitcoin Association members and representatives of the Ministry of Finance and the NBP (Polish Central Bank).

The meeting was headed by Marek Chrzanowski accompanied by the head of the department of financial technology at the company – Artur Granicki.

The purpose of this newly established group is to produce a relevant report on cryptocurrency, the Blockchain technology, tokens and ICO, as well as the education of the the Polish society on the subject of cryptocurrency. As has been stated by the KNF, the report is not to dissuade anybody from investing in cryprocurrency but rather to make people more wary of the risks involved in the process.

The group is to comprise subgroups such as the DLT/Blockchain subgroup, the digital anti-money-laundering group, a digital assets group, a smart contracts group and brick-and-mortar exchanges dealing with the challenges offered by the industry and the regulatory framework.

Over the course of the meeting Artur Granicki said that the KNF was to issue a statement saying that running a cryptocurrency business in Poland is not illegal.

In turn, Lech Wilczyński of the Polish Bitcoin Association and InPay and Sylwester Suszek of BitBay remarked that there is difficulty in establishing a bank account when one heads or represents a cryptocurrency-oriented company.  The KNF is to take this problem on based on the report they commissioned.

After a live transmission of the meeting, Lech Wilczyński (InPay S.A) said:

“The hitherto problems faced by online and brick and mortar exchanges have been for two reasons-there was not enough of a counter against potential money laundering charges and the businesses depositing activity should have been certified officially.”

Online and physical exchanges should apply for a National Payments Instutution’s lincence and, for a startup, this can be a “challenge”, adds Wilczyński.