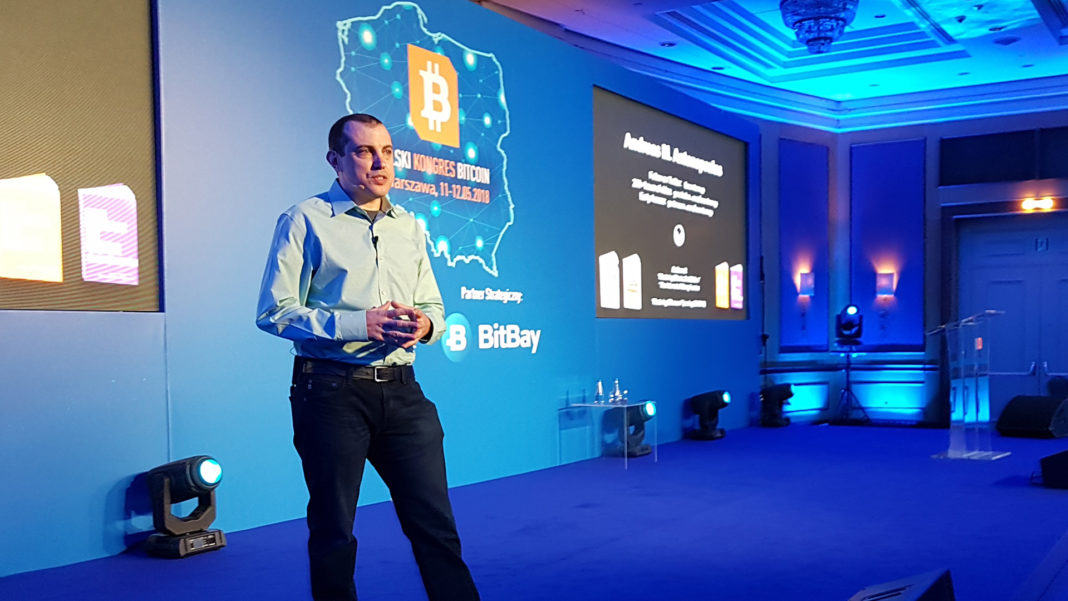 On the day of the Polish Bitcoin Congress (11-12/05/2018) our crew marched in the front gate of the Sheraton Warsaw Hotel to find it packed with to-be attendees of the Warsaw Bitcoin Congress.

It was little surprise to us knowing that Andreas Antonopoulos would be speaking but he was far from the only reason why attendance was high. On the speaker’s circuit were likewise many high-profile Polish Bitcoin gurus and executives. There was also another foreign speaker — Joel Dietz of Swarm.

The speeches were well-received judging by the fact that the hotel lobby was just as full the next day as the first. Although you might want to ascribe that fact to Andreas Antonopoulos’ speaking slot simply being on the second day, a lot had happened the day prior. Out of the collection of speeches given the first day emerged a revelation: one of the world’s biggest Bitcoin exchanges would be leaving the country of its founding—Poland—and moving their operations overseas due to the Polish government’s sluggishness in working out a clear regulatory framework for cryptocurrency. This news, once revealed, dominated the preoccupation of many an attendant at the conference but still, the keynote speaker had not given his speech.

Andreas Antonopoulos’ speech focused on the comparison he drew between what might happen to Bitcoin if government regulation were to go too far and the fate of the “cool parts of town” that slowly succumb to gentrification. “It’s a family environment”, say the wardens of the regions of the Internet already “gentrified”, “don’t say bad words”.

Antonopoulos goes on to say that these “carefully curated, (having) lots of marketing, very polished” online environments force the people who made them cool in the first place leave and look for more authentic alternatives. In this development lies the confidence that Antonopoulos has in Bitcoin and why it will not end up neutered and deprived of its uniqueness. Watch the speech for more details.

After the book signing which drew a long line of attendees equipped with their freshly-purchased copies of two-volume “The Internet of Money”, it came time for the interview.

Needless to say, Mr. Antonopoulos was very cordial and eager to answer the questions we had prepared for him. Our questions had to do with the “gentrification” he had centered his speech on. We wanted to know if he didn’t believe it was inevitable with broader proliferation of the Bitcoin technology. His answer did not disappoint. We continued in that vein, exploring the concepts of Bitcoin adoption in the developing world, the machinations of central banks and why more people who could be using Bitcoin today, aren’t.

Although Mr. Antonopoulos did point out that he was mostly a computer scientist and he would most welcome questions related to that subject matter, he proceeded to exhaustively answer our questions about the more general aspects of Bitcoin and its future. We are pleased to present our interview with Andreas Antonopoulos below.