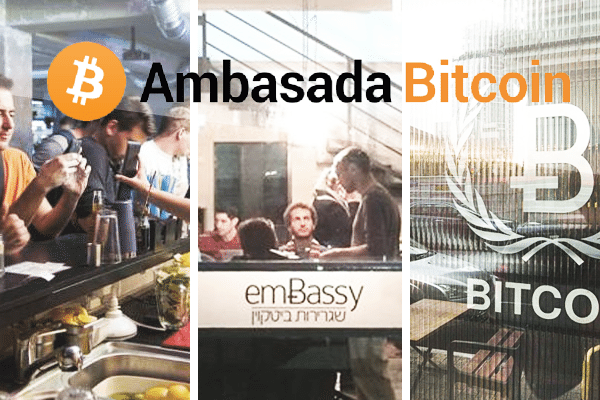 Bitcoin is an essentially new technology which draws the attention of various kinds of professionals. On one side it has grown popular with computer firms which owe their success in the industry to the still growing demand for mining hardware. On the other, there are economists and speculators interested in Bitcoin mostly stock market-wise. Most involved with Bitcoin today got into it for the possibility of lucrative returns. This isn?t nonetheless the case with all. 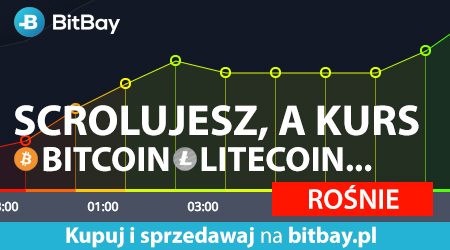 Maciej Ziółkowski along with Piotr Hetzig (satoshi.pl) are opening up Bitcoin Embassy in Warsaw next Monday. I?ve decided to ask Ziółkowski a few questions on the subject:

Bitcoinet: How did you first learn of Bitcoin?

Maciej Ziółskowski: I learned about it from my buddy Marcin off a polish libertarian forum. I intend to return that favor soon. He wrote an article on BTC but his interest has since waned. It was a mistake but perhaps he will catch back up with it.

Bitcoinet: Do you think Bitcoin has a future?

Maciej Ziółkowski: Thanks to Bitcoin and for the first time in humanity?s history we?re now able to transfer any amount of money to any location in the world. Something you couldn?t have dreamt about as much as 20-30 years ago.

Bitcoinet: What is The Bitcoin Embassy?

Maciej Ziółkowski: It?s a project aimed at promoting the entire Bitcoin community. We?d like to popularize Bitcoin by highlighting its strong points while, at the same time, minimizing the risk associated with using it. Banknotes, banks, credit cards- they are all every now then used in crimes and generally for foul purposes. That, however, you don?t hear much about. Much like the fact that PayPal is not safe. Once I sold silver coins worth 5000 PLN on Ebay. I received payment through PayPal and preceded to mailing out the package. All the while, PayPal arbitrarily and unjustifiably withdrew the money from my account claiming that somebody unauthorized had used the buyer?s credit card. The company lost me as their customer. I have transitioned totally to Bitcoin where, once a transaction has taken place, it cannot be withdrawn. Security is in turn guaranteed by an escrow.

Bitcoinet: How did the idea of the Embassy come about?

Maciej Ziółkowski: We?ve taken notice of the absence of a place where one could come and learn about the benefits of Bitcoin within our relatively large country of 38 million. We?ve decided that needed to be changed.

Bitcoinet: What goals has the Embassy set for itself? Do you plan on establishing similar projects in other cities?

Maciej Ziółkowski: We would rather not talk about our further plans but what I can say is we?re reaching high: To the moon!

Bitcoinet: Are you in cooperation with the other embassies? If so, what is such cooperation based on?

Maciej Ziółkowski: Yes, there will be cooperation with other embassies. I suppose that you guys will join us on our little visit to Montreal, Tel-Aviv and Paris J. Paris opens up on the 13th of May, 2014 as the second embassy in Europe. This time it?s Poland at the forefront.

Bitcoinet: Does somebody who?s never heard of Bitcoin have anything to look for at the Embassy?

Maciej Ziółkowski: The embassy is intended for anybody interested not just in Bitcoin but also in broadly defined new technologies.

Bitcoinet: What will be the operating hours for the embassy?

Maciej Ziółkowski: We?re kicking off on Monday, the 5th of May at 12 pm. Then we?ll be open Monday through Friday from 10 am to 8 pm. Saturdays are a possibility, too but it?s too early for me to speak on that.

Bitcoinet: Are you planning to dial up your efforts having to do with the satoshi.pl blog along with the Embassy?s opening?

Maciej Ziółkowski: Yes, I will most definitely publish various materials associated with our activity such as translations, expert opinions and invitations to training sessions and conferences. I do hope those will be organized as a joint effort with Bitcoinet.pl.

Bitcoinet: What are your comments regarding the negative evaluation of Bitcoin by certain banks and economists? Should we be worried about potential regulations?

Maciej Ziółkowski: I believe that, out of 193 countries on the planet, at least one will certainly acknowledge Bitcoin?s potential. Many of us will likely decide to relocate to that country. There were economists back in the 1960?s who found the Internet a good laugh. I don?t suppose I have to tell you how wrong they were.

Thanks for the talk and do visit us at the Embassy.

Once I personally had to wait 2 weeks for a money transfer from Britain to Poland and the fee was a lot. Then I learned about this magical Internet money and everything?s changed. Bitcoin is a protocol offering a wealth of revolutionary possibilities. There had never been a system in the world allowing for sending unlimited sums of money halfway around the world without the need to consult an intermediary. There had never likewise been such a system operating 24/7/365!

Bitcoin for many is almost like a drug. Once someone has discovered Bitcoin and investigated it, they often find themselves unable to stop thinking about it. Perhaps, it?s because Bitcoin is the first ?money? based on the laws of mathematics and those, as we know, can never be changed. The protocol is therefore safe and, as long as we protect ourselves properly, nobody can take our wealth away from us.  Bitcoin can even be stored in the memory by means of a so called Brain Wallet.

There has been talk about internet money- independent of the elites and based on cryptography, as far back as the 90?s. The concept was famously described by James Orlin Grabbe (1947-2008) in his work titled ?The End of Ordinary Money, Part 1? written in 1987 and published in Liberty Magazine in July of 1995.

Similarly, a Nobel Economics Prize laureatte Milton Friedman (1912-2009) once predicted the emergence of electronic cash in front of cameras.

Since the dawn of the Internet many various curriencies and digital tokens have come into being. All were however destined to fail for the same reason- centralization. Right now it is worth remembering what many said about Napster which, at the peak of its popularity, had a user base of 25 million. ?The end of Napster is the end to illegal file-sharing!?.  Nowadays Napster is a paid-for service but the practice of downloading music illegally has not been rooted out in the slightest. The torrents still remain fail-prove and impossible to shut down thanks to the BitTorrent protocol enabling direct exchange of files between users.

Much like Bitcoin, the Blockchain invented by Satoshi Nakamoto gives us nearly unlimited possibilities. Aside from being a peer2peer impossible-to-counterfeit currency it represents an entire spectrum of potential applications. Based on the Blockchain one can for example devise a decentralized voting system which is one of the features of the still in the works Ethereum project.

Many now see beyond the possibility to earn money afforded by Bitcoin and consider the cryptocurrency a revolution on par with the invention of the Internet. All it takes is to look at the joint value of investments in Bitcoin and the Internet in the year 2014 and 1995, respectively. 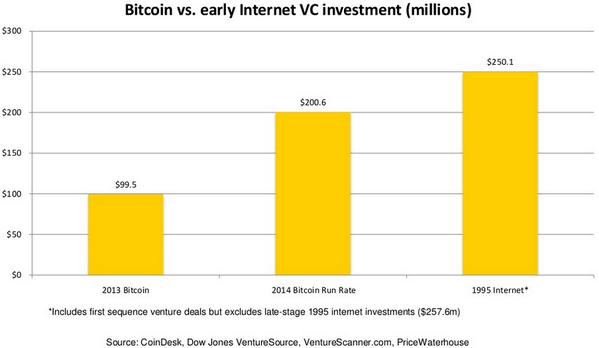 Will Bitcoin replace traditional currencies? In my mind- no, much like the Internet did not ultimately replace the traditional Media. What it will do is coexist with other currencies, functioning in cyberspace and facilitating much easier, cheaper, faster and saver transactions than those offered by banks.

As to the Embassy- it is the first of its kind in Europe and one of only a few in the world. It will certainly attract scores of Bitcoin enthusiasts as well as ordinary folks whose fancy has been caught by the new technology. In the coming months we can expect new Bitcoin ATMs to appear on the streets, new exchanges to be founded and new start-ups to be introduced. To quote Victor Hugo, ?Nothing is stronger than an idea whose time has come?.

Hockey team in need of help.

Digital Cash In A Cashless World